Celebrating the Whales in Port Elizabeth 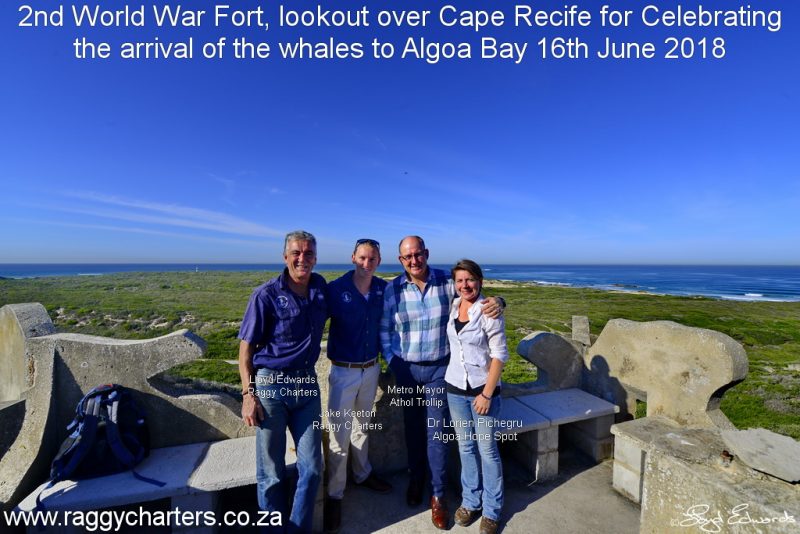 Raggy Charters, conservation projects, private companies and NGOs will be hosting the Celebrating the Whales Festival on Saturday 16th June 2018 from 9am at Pine Lodge Resort, Algoa Bay. The aim of the festival is to bring the people of Port Elizabeth together and educate them about these magnificent animals and the importance of them to our oceans as well as to the economy of the Eastern Cape.

The migration of the Humpback whales past Algoa Bay is part of their incredible journey from their feeding grounds in the Southern Oceans to the East African Coastline. An estimated 7000 individuals pass Pine Lodge Resort and Cape Recife from the 1st June.

The event was opened by the mayor of Port Elizabeth Mr Athol Trollip, who spoke about the value of the marine biodiversity present in Algoa Bay and the importance of active citizenship in order to contribute to making Port Elizabeth a successful and vibrant Metro. Port Elizabeth also needs to be further developed as a “Green City” with an emphasis on environmental projects and sustainable tourism. 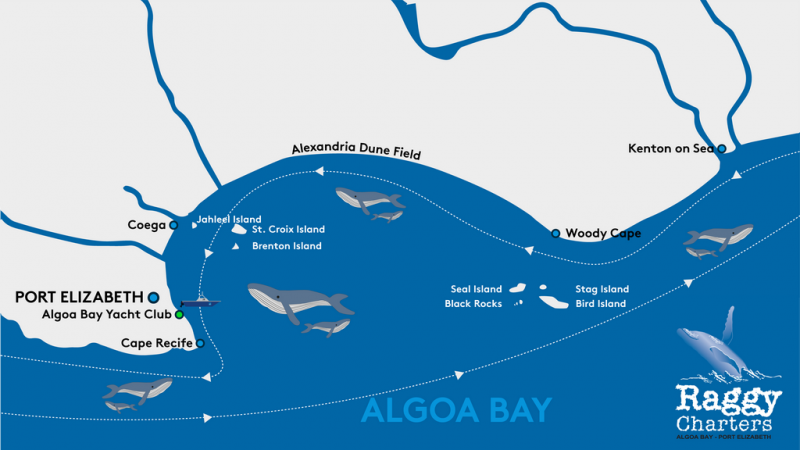 Mandlakazi Skefile, CEO NMB Tourism also addressed the interested crowds. For the last two years, Nelson Mandela Bay Tourism (NMBT) has been putting Algoa Bay on the map as a marine tourism destination as a result of the marine wildlife that can be seen in the bay. This has contributed to a significant increase in tourism in the Metro, especially from the Asian market. NMBT was instrumental in the setting up of Algoa Bay as “The Bottlenose Dolphin Capital of the World”.

The “Celebrating the Whales Festival” showcased a variety of information from interested stake holders including SANCCOB Penguin Sanctuary and Bayworld. Interested visitors were treated to informative talks from local marine experts and then taken on a guided tour down to the old fort in the Cape Recife Nature Reserve to hopefully get a glimpse of the passing whales.

Pine Lodge Resort was proud to host this informative and important event in the city and look forward to partnering with Raggy Charters again in the future to help grow Port Elizabeth’s “marine tourism”. 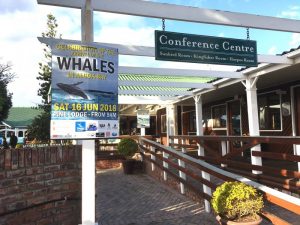 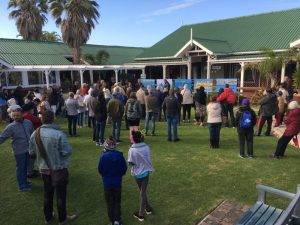 The post Celebrating the Whales in Port Elizabeth appeared first on Solaris Leisure.